"A blank spot on the map is an invitation to encounter the natural world, where one's character will be shaped by the landscape. To enter wilderness is to court risk, and risk favors the senses, enabling one to live well.
...The time had come to protest with the heart, that to deny one's genealogy with the earth was to commit treason against one's soul."
-Terry Tempest Williams, Refuge

ART! inspired by and celebrating NATURE!

"...to deny one's genealogy with the earth was to commit treason against one's soul."
-Terry Tempest Williams, Refuge


I've always made art, since I was a child, and from an early age I was taught to respect and love Nature; being inspired creatively by that world was the natural result.  My mother is a landscape architect and was and is still a huge and enduring influence on my life.  I vividly remember at a first grade birthday party at a friend's vacation home by the Indiana Dunes all us boys were out in the woods.  A kid named Billy was kicking down a small, young sapling of some sort and it as as if he was stomping on my own mother.  I let out a wail and charged toward him, leveling him to the forest floor.  As I said, I've always been into the outdoors...

Over the years, as a kid and then mostly after college, I've continued creating and making art of all kinds.   Drawing, sewing (designing and making women's purses for a few years, etc.), stenciling, furniture making, and other things here and there.  I've been embracing the need for hands-on, inspired creation in my life and have actually been keeping up almost more than ever.  My girlfriend, Sonya Montenegro, and her sister Nina, are HUGE inspirations as well, creating and art making and thoughtfully and passionately crafting incessantly.

Loving Nature and loving the act of creating art and craft is so closely linked, so tightly bound together.  Inherent in both, especially in today's world, is the acute sense of things true and real.  When you're on a hike in the woods or sitting and putting pen to paper, paint to canvas, you are present in that act, not watching it on a screen, not experiencing something synthesized.  Your actions have direct results; you see the fruits of your labor.  A walk in the woods, a run in the mountains, is art, since it's a conscious choice, a deliberate action.  It's a gesture of respect, an example for others to not forget that which sustains us.

What inspires out there?  Well, everything really.  The patterns all around, the intricate weblike veins on the leaves, the textures on the trees and rock.  The shapes, some jagged and rough, some smooth and sensuous.  The sounds, the smells, the Forms (all gracefully and simply one and the same with their Functions.)  The sweeping ridge lines, the waterfalls and all the endless sculptures, true sculptures, carved by that essential liquid.  The plants, the flowers!!!! I mean, for real, it's staggering.  It's funny that I could create those "fantasy" plants in my head, make them as wild and crazy as I wanted, and yet they're nothing in comparison to what you can go out and see in Nature almost anywhere.  Dive into the ocean, see the plants and animals up close, go into the forest and the mountains and stare deeply into what you find...the flora and fauna in Avatar won't seem so far out (I think that was part of the point...a natural world so stunning and amazing that you'd fight for it exists right in front of us, all around us.)

Here's a variety of images of works old and new.  Please enjoy! 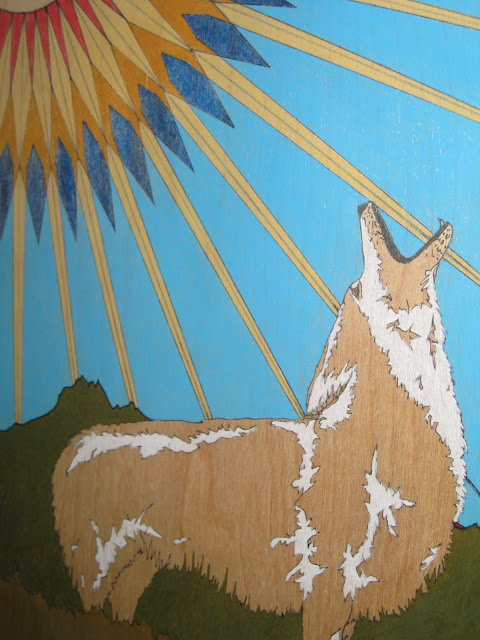 Speaking of art....enjoy this too!

Posted by willie mcbride at 3:39 PM No comments:

Mountain City is a place to find writing and/or photos about nature, people, and the interaction between.
I am a writer, photographer, artist, climber, ultra marathon runner and small business owner (Animal Athletics) based in Portland, Oregon.